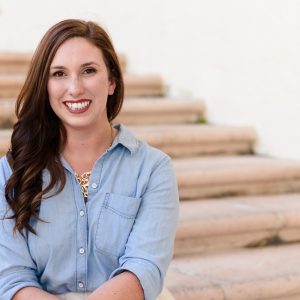 When Victoria told us she wanted her engagement photos at Vizcaya Museum and Gardens, we knew right away that we were in for some magic!

When Victoria told us she wanted her engagement photos at Vizcaya Museum and Gardens, we knew right away that we were in for some magic! This iconic Miami landmark is the PERFECT backdrop for engagements and weddings. These two definitely came dressed for the occasion. 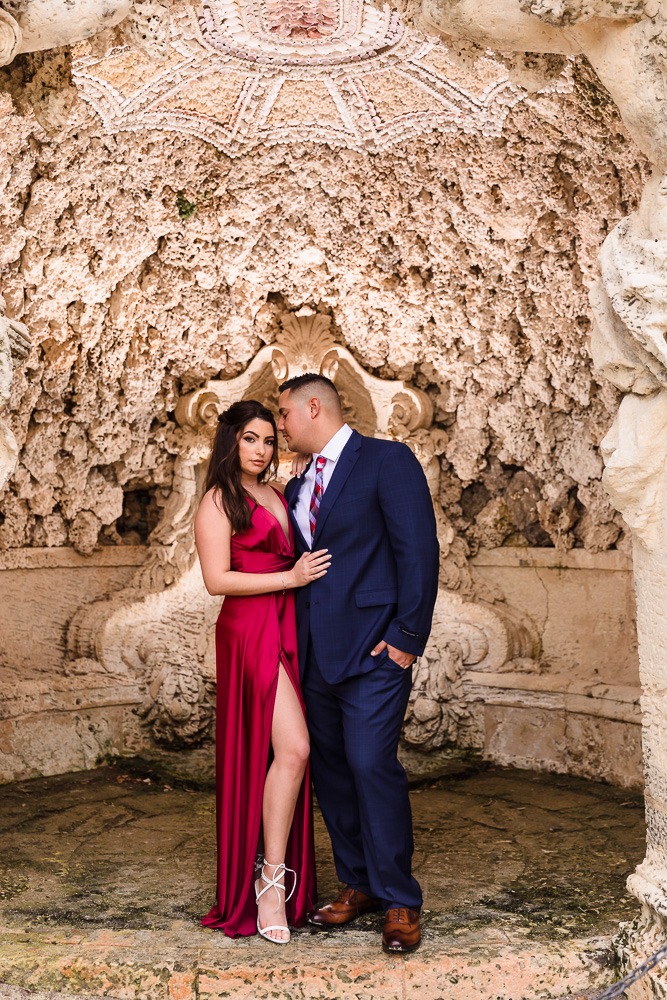 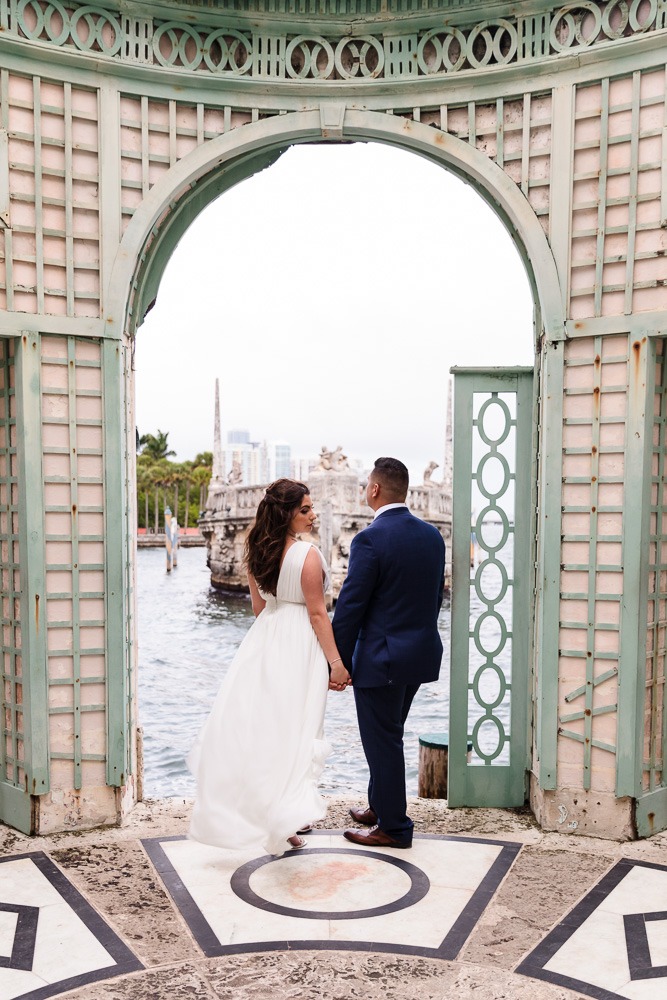 Everything about their Vizcaya Museum and Gardens engagement photos could have been plucked right out of a fairy tale. Strolling through the gardens, there wasn’t a single spot that wouldn’t make for a magazine worthy photo. Romance, and a little rain, were in the air that day, and we were all for it! Perhaps most magical of all was the surprise holiday spectacle of lights glimmering softly throughout the garden. Did I mention “fairy tale” already? 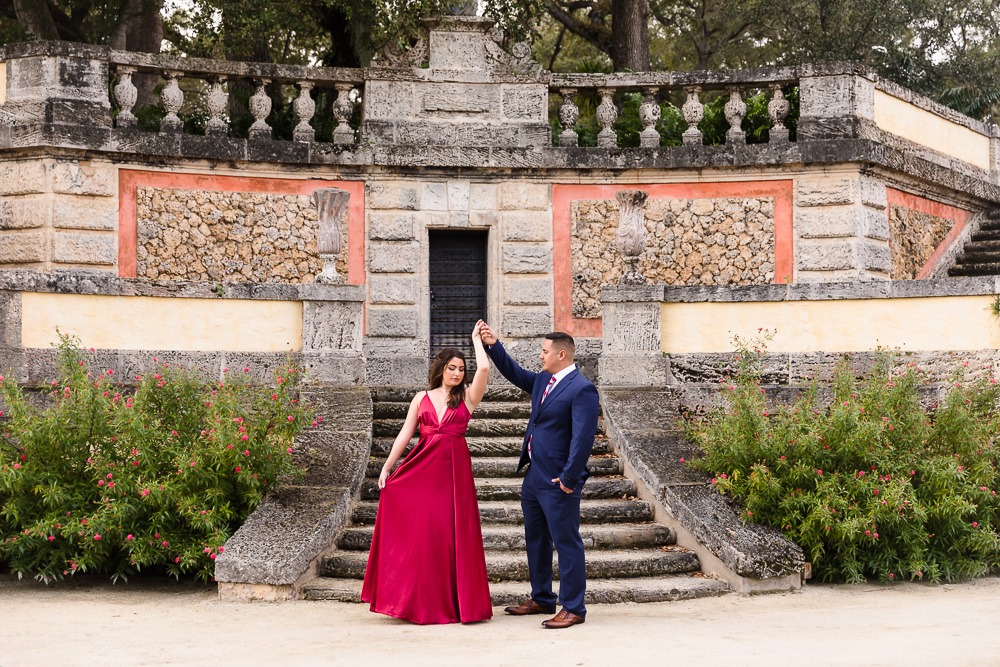 From the moment the camera’s went up, Victoria and Kevin absolutely killed it! You’d think they had been models their entire lives. They were the perfect blend of fierce and silly. It was so much fun to watch them be themselves with one another. Those two are definitely the kind of couple that have a good time together no matter what they are doing. Although don’t let Kevin’s serious face fool you, he had a blast stuntin in that suit.

Victoria and Kevin weren’t just fierce in front of the camera. They were clearly wild about each other. You could see the love and admiration in Victoria’s eyes when she looked at him. Kevin is without a doubt, her biggest supporter. Her hype-man, if you will. These two are going places, and I imagine their journey together will be nothing short of spectacular. 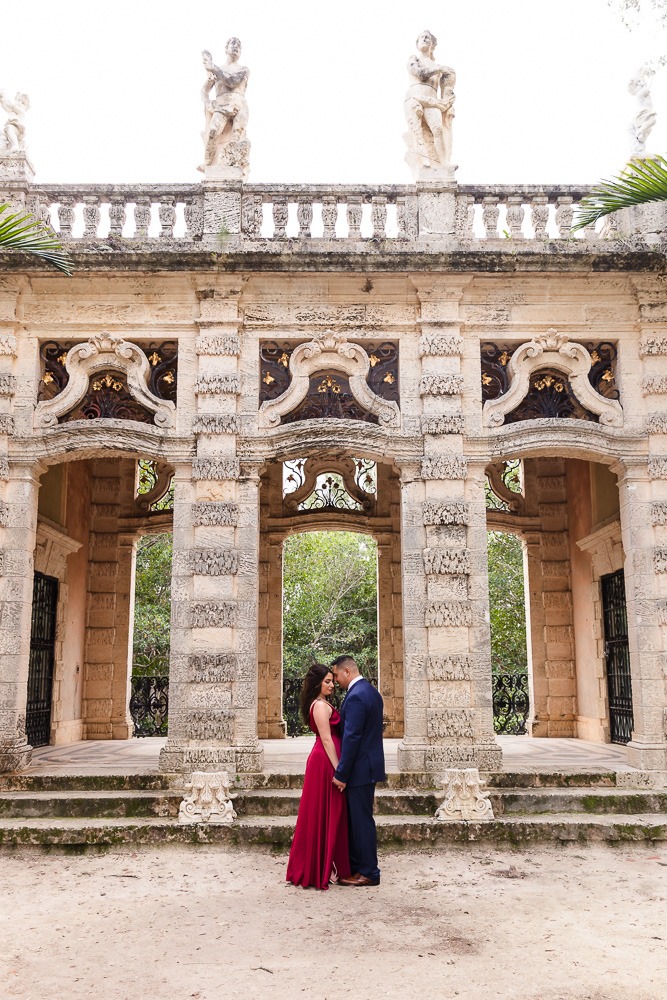 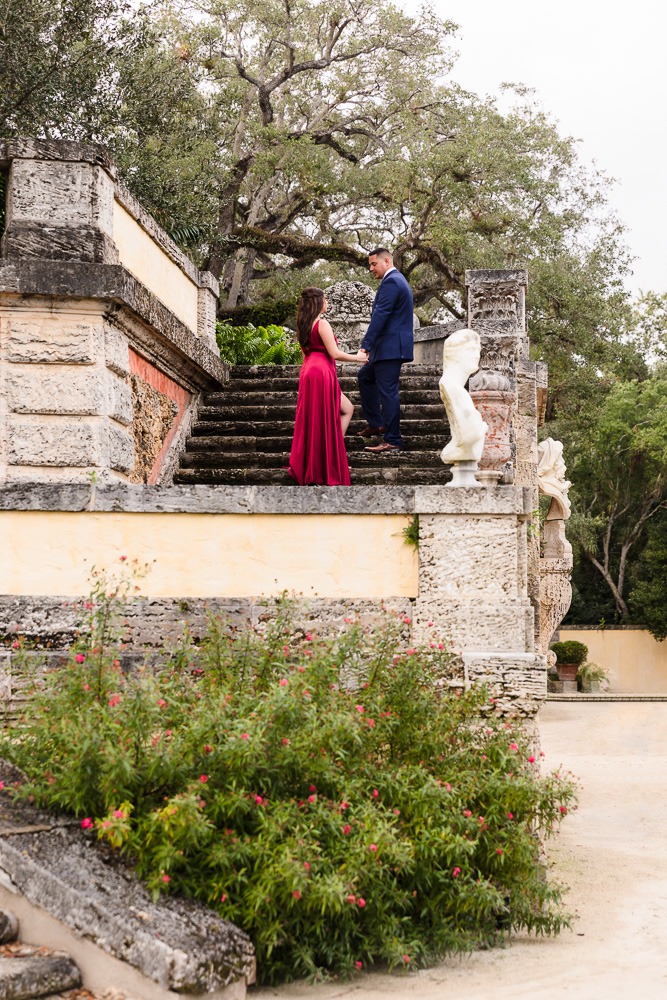 A Note to Victoria and Kevin

Victoria and Kevin, you are the dictionary definition of a power-house couple. I mean, seriously, couple goals! We loved spending every minute of your engagement session getting to know you. With the boys bonding over using the same rigging belt, and us bonding over our love of food, we definitely felt like we gained new friends. We are so excited for you as you move into this next season of life and can’t wait to see where life takes you next!

About Ashley and Erik Photography 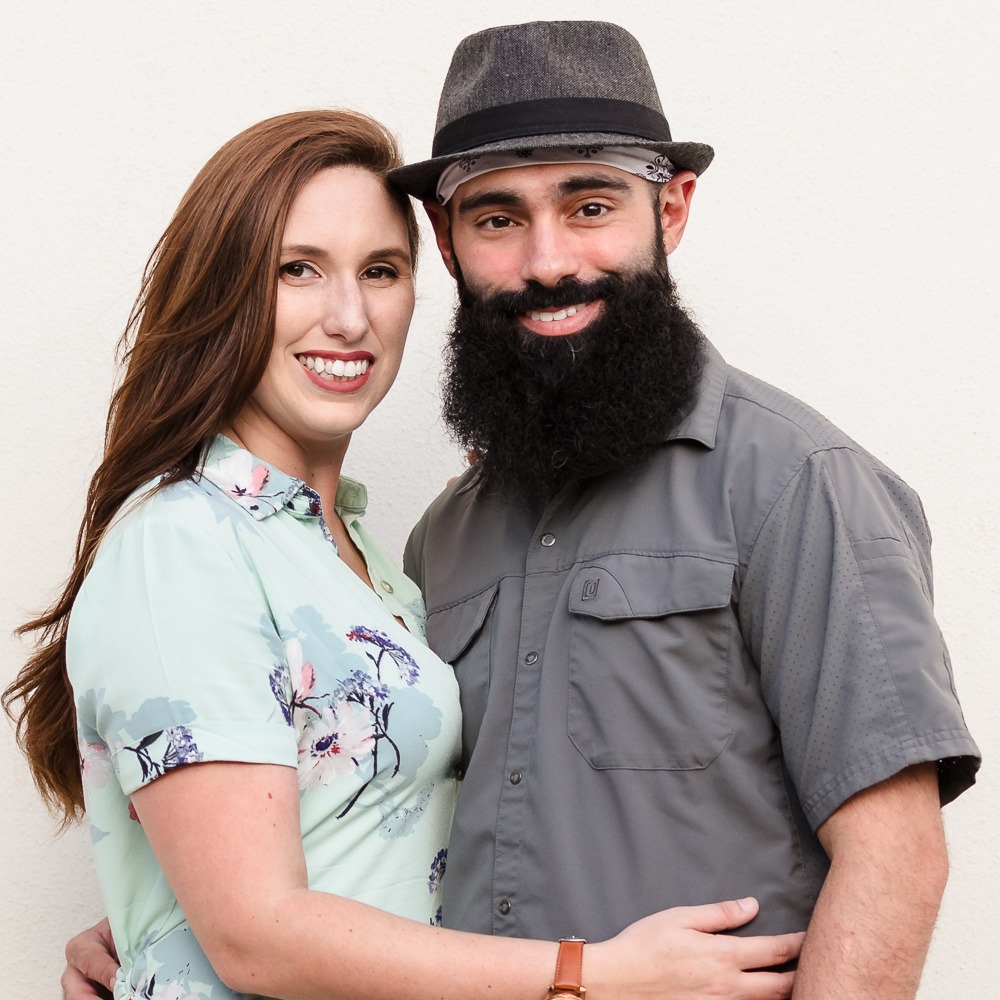 We are a family of like-minded creatives in Miami serving South Florida and various destinations, who wish to be a spark in the lives of the clients and families we serve. We are dedicated to loving and serving our clients as if they were our own family, and elegantly preserving their stories to be shared with future generations. We’d love to grab a coffee with you and discuss any questions you have about our Wedding Photography Experience. Please feel free to contact us anytime.

If you’re in love with us already, Let’s Chat!

If you would like to learn more about the Ashley and Erik Wedding Experience head over to our Experience Page!